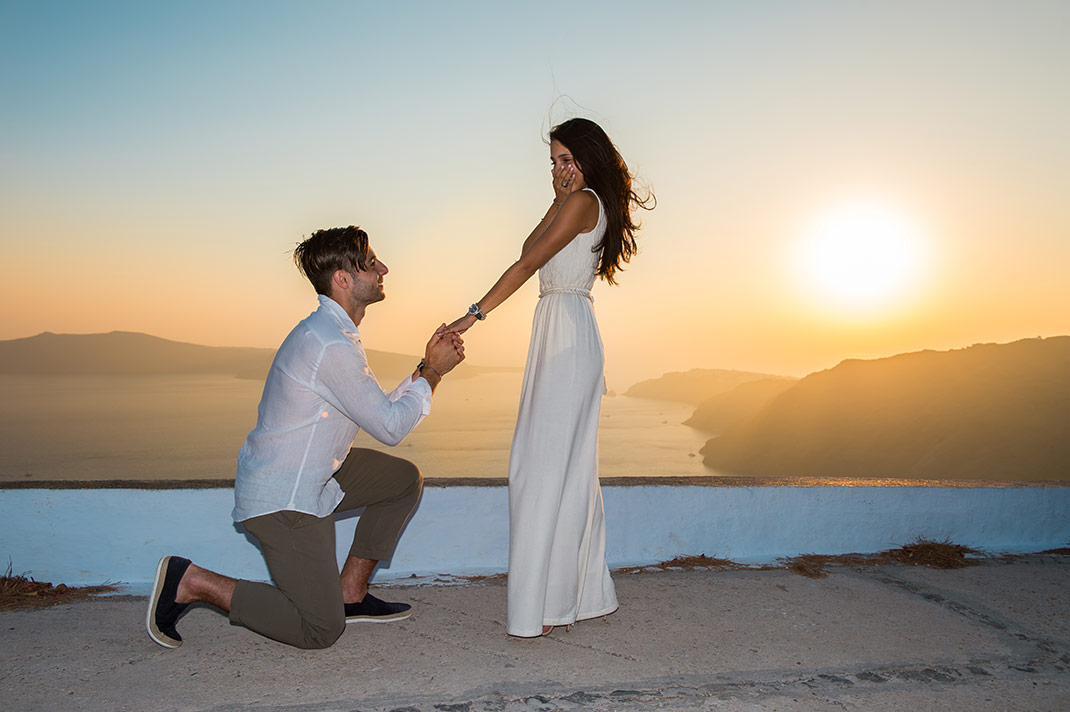 George contacted us about his proposal in Santorini a month before before arriving and told us how much he loved his girlfriend and that he was thinking of proposing to her, We gave him a few ideas about how he could go about planning the perfect proposal for his beloved Stephany and on a tight budget, He had seen a few videos about proposals and he told us that he liked the candle light private dinners with music playing in the background which was an amazing idea and really practical, So we contacted his Hotel manager who happened to be our business partner and asked for a private proposal dinner availability on the date George wanted to propose, We got a confirmation and booked the dinner for George and Stephany.

The Proposal date was booked, But that couldn't be all! Other than a private dinner proposal we had to spice the things up a little bit, So we agreed to set up the dinner area so that from above it looked like Flowers and Candles wrote the phrase "Will you marry me".

George and Stephany's room over-looked the caldera, the volcano and the magical sunset of Santorini, So there wasn't much effort needed to get Stephany in the romantic mood, And their Balcony was large enough to be decorated just the way we wanted and fit the table and chairs for two. In order to do that though we had to keep the couple busy for a few hours so we booked them a Donkey Ride along the paths of the Caldera which they enjoy deeply, We had talked with the donkey owners about what was going on so they took care about timing.

The Picture you see in the beginning of this article is the moment George walked Stephany right above their room on their way back from theyr donkey ride and showed her the dinner area that wrote "Will you marry me". At That exact moment George dropped on his knee and took out the ring he had for his future wife, Our photographer captured their every moment!

The hotel staff gave a round of applause when the happy couple entered their hotel and welcomed them with 2 glasses of champagne before they went to have a sit at their dinner table, Stephany was still very shocked about what had happened in the past 10 minutes but slowly started believing that everything was not a dream, They sat down and enjoyed the romantic sunset of santorini as their waiter started bringing the meals one after the other.

Services booked for the santorini proposal 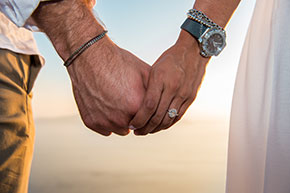 Subscribe to our latest news to be updated, we promise not to spam!