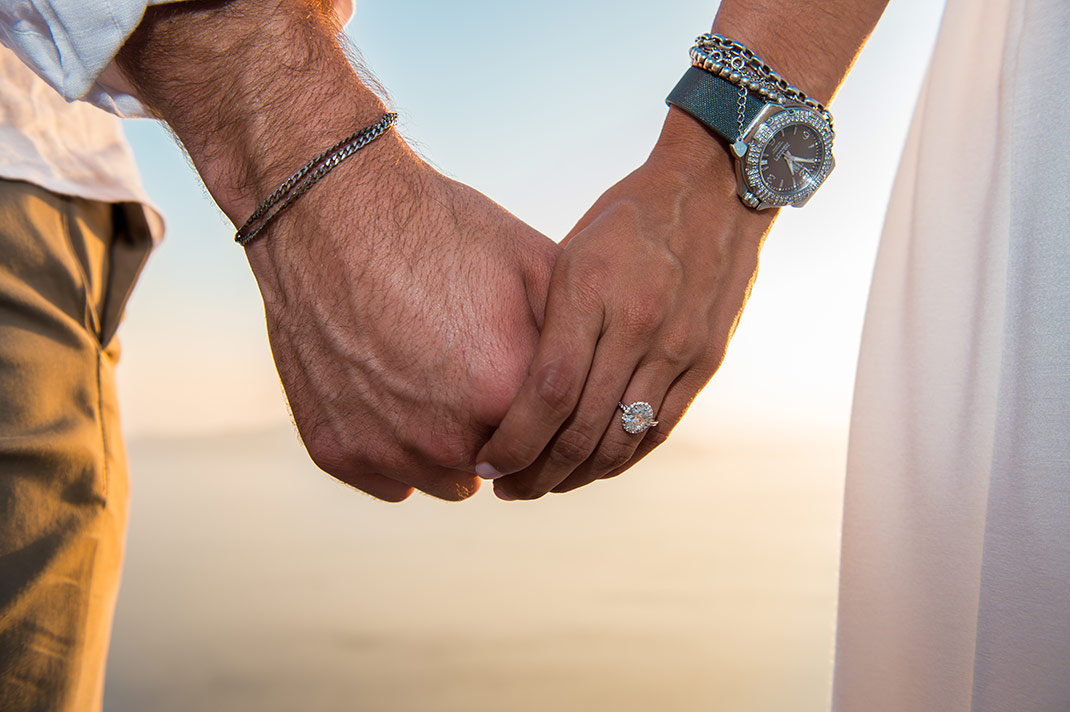 Babis the 27 year old football player decided he would take his girlfriend of 3 years by then to a romantic and fun vacation to our beautiful island of Santorini for a week for her birthday, So he took advantage from the fact that the football season for his team wasn't yet and told her to take a break from her work to go somewhere to spend her birthday, So she did.

Babis contacted us 2 days upon staying on the island asking for proposals ideas and saying that he'd be thinking about proposing to Martha for a while now, We talked in secret for the next 2 days so Martha wouldn't get suspicious and came to the conclusion of a simple yet great proposal idea.

On their 5th day they would have booked a wine tour early in the morning at around 10am which would be 3 hours, Or that's atleast what Martha thought her day would be like, After their wine tour which Babis took his beloved Martha back to the hotel to wear their swimming suits and go to a restaurant down at Perissa beach where they would eat, spend the day in the water and drink a lot of Greek Wine.

That was the day he would propose so of course he was extremely stressed so the wine helped with the situation, At around 5PM they went back to their hotel to have a shower, relax a bit and go for a walk up in Fira to watch the Sunset. That's where we would be, We met with Babis the day before so that we would show him a private and excellent location where he would propose during sunset. When the time came and the were cuddling watching the sunset, he dropped down on his knees and proposed to Martha here in Santorini! She was overwhelmed and started crying while she said YES!

Our Photographer captured every moment from the time they were walking to the venue up untill the big Yes while Babis was on his knees, Then our proposal photographer was able to show himself and congratulated the happy couple.

They took pictures around the Caldera with the sunset, the blue dome churches and the while houses and they were both so excited, Babis was happy that she said yes and his stress was finally relieved and Martha was so happy that her future husband would do such a thing in order to make sure she would be his wife!

Subscribe to our latest news to be updated, we promise not to spam!